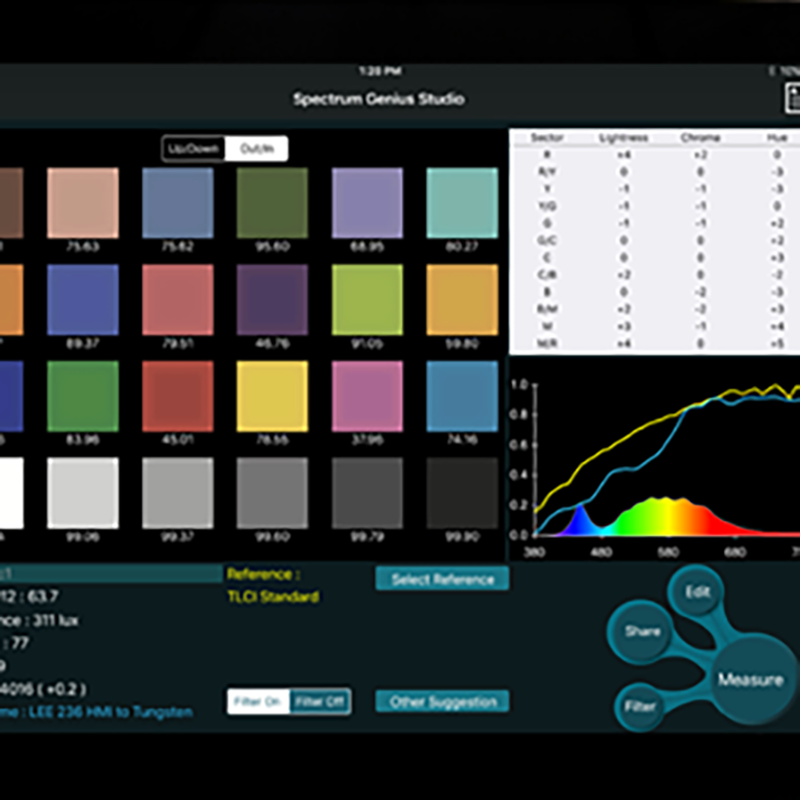 TLCI is the new evaluation standard for lights and luminaires used in Television and Film industry, “Spectrum Genius Studio (Tablet) [SGS (Tablet)]”, this APP for iPad allows you the ability to get all the TLCI information easily and quickly.

“Spectrum Genius Studio (Tablet) [SGS (Tablet)]” follows the standards of Television Consistency Index (TLCI) set up by European Broadcasting Union (EBU), when worked together with Lighting Passport, SGS (Tablet) allows professionals like producers, colorists, gaffers, and technicians to get full and detailed information about the TLCI of a specific light source or the entire set up. In a single touch of finger, all the reading and information will be displayed on your iPad immediately. You can easily store and save the measurement results, or share them with your colleagues or clients instantly. You may also set the data of your preferable Fresnel or Flood Light as the reference – Television Lighting Matching Factor.

What’s more is that “Spectrum Genius Studio (Tablet) [SGS (Tablet)]” doesn’t just offer TLCI information, also gives users Colorists Advice. “Colorist Advice Table” provides the best references for colorists to make adjustments on the lightness, chromaticity, and hue. Camera operator can use this guide to adjust their camera when needed; on the other hand, visual effect editors can either enhance or decrease the lightness, chromaticity, and hue in each of the 12 color sectors to get the best end result.

■ TLMF (TELEVISION LUMINAIRE MATCHING FACTOR)
Television Lighting Matching Factor [TLMF] allows users to set the data of their preferable Fresnel or Flood Light as a reference by thyself. When users select the TLMF reference to be the benchmark, the Assessment Index, ColorChecker Chart, Colorists Advice, and Spectrum Reference will base on it to calculate.

■ Colorchecker Chart
Colorists, gaffers, and technicians may visually get the difference between the “Reference Light Source” and “Measurement Light Source.” As well as the Q value at the bottom of each color patch tells you the percentage of similarity between the “Reference” & “Measurement” light sources.
For example, if you want a reddish scene, but your measurement results as shown below, the red will color shift seriously, and people should take more time to adjust the color.

■ Advice for Colorists
This table shows the magnitude and direction of the corrections needed for lightness, chroma and hue, in each of 12 color sectors. The more + and – symbols, the worse the performance and the harder it is to correct. 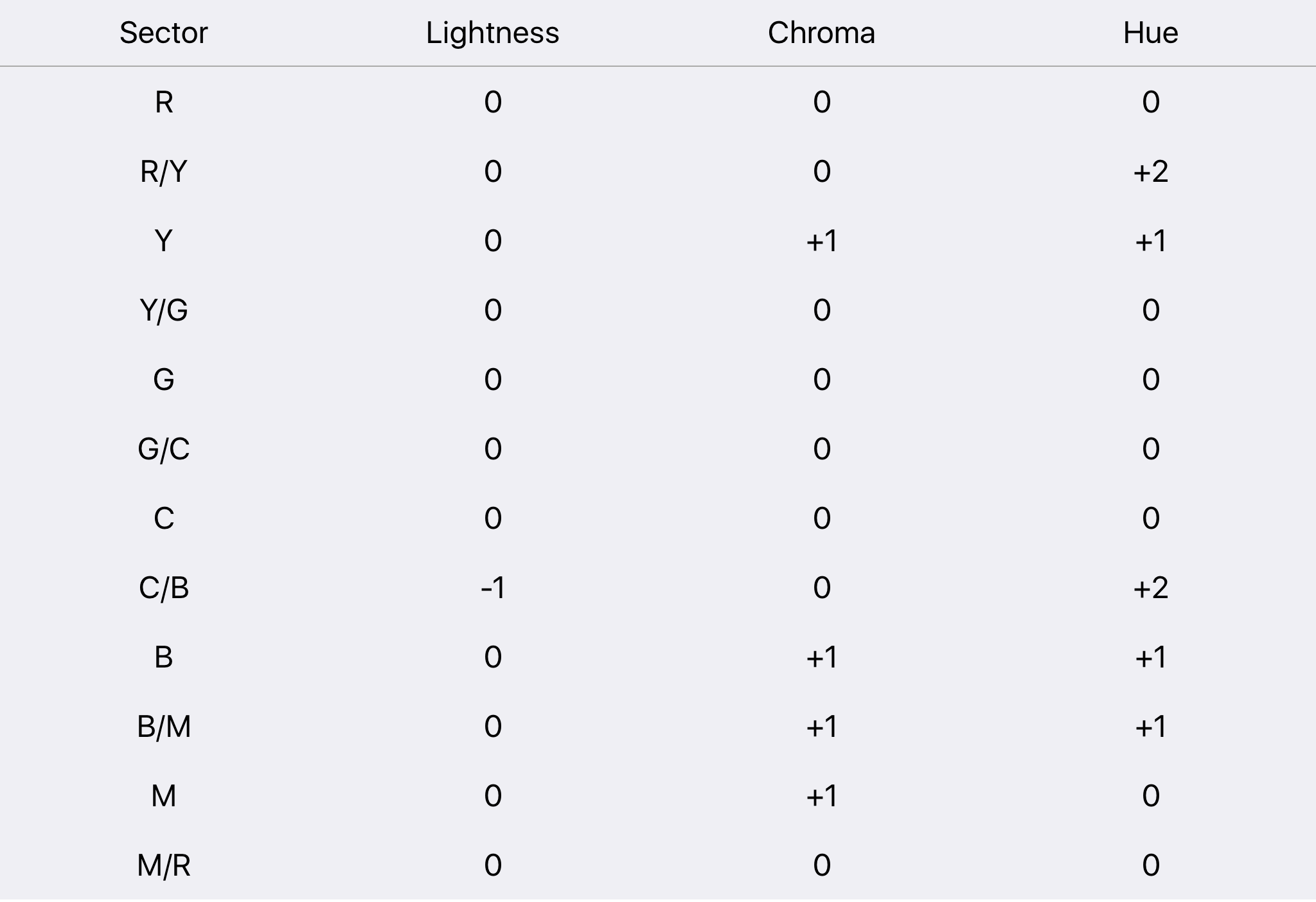 BBC, NBC, CNN, Disney, and ITV, around the world to name a few, all recommend TV professionals to use TLCI for light standard. With the TLCI, colorists can handle their job faster on-site and studios can reduce the cost of post-production.
Use “Spectrum Genius Studio (Tablet)” together with the world’s first spectrometer─ Lighting Passport, every professional in TV, and Broadcasting, and Film-making Industry can get the best user experience.